Virtual Training Through WebEx
Various parts of the country are still battling the Coronavirus (COVID-19), we will conduct the class 100% online.

ERM sets out a framework for risk management. Typically this involves identifying specific events or circumstances relating to the business organization's objectives (in terms of risks and opportunities), assessing them on the basis of their likelihood of occurrence & their magnitude of impact on the firm, determining a response strategy, and monitoring progress of the event, the response and the outcome.

By being proactive in the identification and addressing such risks and opportunities, business organizations protect shareholder value as well as create additional value for their stakeholders, including the owners, employees, customers, regulators, and ultimately society overall.

ERM can may also be seen as a risk-based approach to managing a business, integrating the concepts of internal control, regulatory requirements (such as the Sarbanes–Oxley Act), and strategic planning.

ERM continues to evolve and aims to address the needs of various stakeholders, who want to understand the broad continuum of risks that face complex organizations to make certain they are managed appropriately. Regulators and rating agencies have also increased their scrutiny on the risk management processes of companies and firms. This increased scrutiny today makes up an important component of how the outside world views business organizations.

This practical 2-day hands-on training course provides you with an understanding of the requirements needed to design and implement an appropriate Enterprise Risk Management system, i.e. policies, procedures, practices, and accountability required to establish the right levels of Risk Management in compliance with current standards and other requirements for their organizations. It will benchmark their ERM practices against the COSO – ERM framework, and learn how to implement an effective ERM system.

The course provides an opportunity for delegates to benchmark their ERM practices against the COSO – ERM framework, and learn how to implement an effective ERM system.

Organizations are experiencing an increased concern and focus on risk management. The challenge for management of both private and public organizations today is to determine how much uncertainty to accept as it strives towards achieving the organization’s objectives and delivering value to its stakeholders.

The solution to this challenge is the establishment of an Enterprise Risk Management (ERM) system and processes that effectively identify, assess, and manage risk within acceptable levels.

The COSO Enterprise Risk Management – Integrated Framework is designed to provide best practice guidance for management of businesses and other entities to improve the way they are dealing with these challenges.

COSO – ERM integrates various risk management concepts into a solid framework in which a common definition is established, components are identified, and key concepts described. This enables COSO to provide a starting point for organizations to assess and enhance their Enterprise Risk Management.

The course will provide participants with the necessary perception, knowledge and skill set to understand the risks and benefits of Enterprise Risk Management and learn how the COSO – ERM framework enables organizations and management to:

This practical hands-on training course is designed for all businesses both large and small. The following job titles/ positions will benefit from participating;

Siemens is a company that carries out major long-term projects in almost every country in the world, that continually brings technical innovations to the market, and that offers financing concepts and operator models is exposed to many business risks. Systematic and comprehensive risk management is necessary to identify these risks, assess them, and ensure the appropriate controls. We examine how ERM has been implemented at Siemens and the key risk issues that the company faces. Despite this, it was revealed in 2008 that some staff of the company had been involved in a massive bribery scandal in some of the countries it operated in.

How could this vital aspect of ERM go so wrong? What were the consequences for the company and for the staff involved?

Richard then repositioned into the private and high-tech sectors providing high-level consulting services, business analysis, project management and training to a wide range of banking clientele across the globe.

Stanley is a Principal Associate and Director of Citadel Advantage Ltd., Since 2001 Citadel Advantage has been working with banks and financial institutions to make them safer and more profitable, through consulting and training, specifically in the key areas of Governance, Risk Management and Compliance.

Stanley has over 40 years of banking and IT experience, 33 of which were with the Standard Bank of South Africa where during the 1990s he filled an industry level role holding several key positions including that of Chairman of the PASA Risk Committee. He also represented South Africa at two sessions, in New York, of UNCITRAL (the United Nations Commission on International Trade Law).

He holds a Master Degree in Economics and a Bachelor of Commerce (BCom.) degree, both from the University of South Africa, Pretoria.

Stanley has had extensive exposure to banking practice and banking operations in a number of countries including the USA, United Kingdom, South Africa, Israel, Europe and Australia. He has also acted as advisor to a number of central banks on payment systems, oversight, policy and payments risk issues.

More recently, he spent time in the high-tech sector as a payment systems designer and consultant to a global payments software developer.

We need below information to serve you better 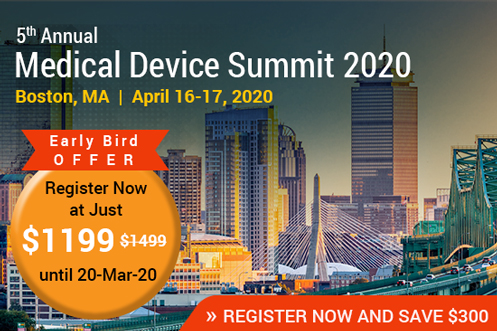